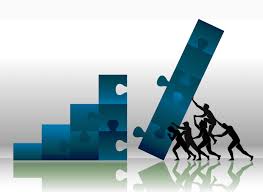 June brings the end of yet another school year. For some, it is the end of a preschool, elementary, high school or even college year. For others, it may mark the end of an era of each of those educational markers. For all, it brings with it the age-old process of documenting one’s progress. For younger students, a progress report is sent home when school ends, marking that student’s progress for the past year. It often contains comments as well as grades or check lists. For high school and college students, it typically contains number or letter grades. It is the sum of what they’ve accomplished in school for the past few months – not necessarily their progress. For younger students, it is often a summary of their challenges, as well as their accomplishments.

As I read many progress reports this school year, I paused to think. What does it mean to progress? By its very definition, progress means forward movement toward a higher goal. Somehow, though, when many parents, students and teachers review progress reports, they look for accomplishment or fulfillment of that goal – not progress. As children progress, they definitely make accomplishments. They learn many things, which are reflected on the reports. However, sometimes progress is incremental. Sometimes it is elusive. Sometimes one person’s progress is another’s end game. For example, I know someone who feels math is not her forte. However, she was able to move through the needed college math courses to reach the goal set for her degree. She progressed through them and accomplished her goal, although she may not be as accomplished as the student who consumed what was taught, asked for more and moved on to higher level math. Did she progress? Yes. Is she an accomplished mathematician? Not at all.

We each progress on our own timeline. Each learner is different, with different affinities as well as challenges. For some students, paying attention to a lesson for 10 minutes is progress, for in September they could manage only five. For others, reading a sentence is an accomplishment, while for others, reading a chapter book meets the mark. Let’s not lose sight of the fact that our progress is individual and incremental. I type quickly and run slowly and should have two different markers for each of those activities. The same is true of our children. They, and we, are works in progress. As we review yet another school year, relish the progress, delight in what has been done, and know that as they mark another year  – and then another – they will have many accomplishments in their progression of learning.